A seed was found

In August 2011, IT World Canada (the leading Canadian online resource for IT professionals working in medium to large enterprises) and Ingram Micro (the world's largest distributor of computer and technology products), launched their first awards luncheon for Women in IT. During the lunch, a panel of women presented the challenges the IT industry faced in appealing to women, retaining them and most importantly attracting more women leaders. They were involved in mentoring, but helping one by one was slow and couldn’t keep up with the demand. The pipeline was drying up as girls weren’t taking advanced (beyond basic primary school) math. In addition, the industry was not well known – CIO’s children had no idea what their parent did. Women leaving IT continued to increase and women taking the required computer/business courses continued to decrease, and all was exacerbated by the technological disruption starting to pick up speed.

The seed is sown

Having a marketing/advertising company, experience in publishing, and having taught Math to Senior Public/Junior High School students, the light went on. I had a proactive solution. Girls across Canada needed to learn about IT, what was required to enter a career in IT – advanced math – and actually see the amazing women leaders found in IT. To interest more girls in careers in IT, by educating them and their influencers – the teachers, guidance counsellors, Principals and their parents – the answer was Future Leaders in IT' (an interactive, multimedia PDF e-magazine). The e-magazine had to be targeted at girls 12 – 15 years old – the Tipping Point in most girl’s lives. Major course decisions determining their future career opportunities, must be made in grades 7 or 8 and started in grade 8 or 9, such as advanced mathematics, the next levels beyond basic primary school math, and which is required for STEM (science, technology, engineering and mathematics) disciplines and many professions.

At the time, the plan was for a Canadian e-magazine for girls to see before, during and after their tipping point. It was necessary to provide the students and the educators with the relevant resources to support the students’ insight into future careers and enhance their ability to be future leaders.

The seed was sprouting

In June 2013 before sending out a mass email to teachers across Canada with a link to the e-magazine, the guidance counsellor who had assisted, was asked to critique the final product, “Future Leaders in IT”.

The emails went out. The teachers’ response was overwhelmingly positive for this pilot project. They asked about further plans, such as leadership resources and education about other non-traditional and unknown career choices.

It was obvious that another e-magazine was not enough and without help would take far too long to create another, and the teachers wanted much more! IT wasn’t the only industry that wanted to attract more women into leadership roles and into non-traditional careers. Further research illustrated that many industries needed help attracting girls. Canada’s government Ministry, The Status of Women, was focused on it. Many non-traditional industries were conducting their own research and creating programmes to interest women in their businesses, but the success rate was not good. They needed help and early, but they were discouraged from reaching out to educators.

The answer was clear. We needed: more interactive, multi-media e-magazines for the girls; an official digital resource for the educators; and business community involvement to provide many of the resources. We needed to bring business and education together to help the girls. Relationships needed to be built. Schools prepare the girls for the rest of their lives, but with new careers, unknown careers and ever-changing careers, trying to keep abreast of all the opportunities available to the girls today is a staggering challenge.

A name was chosen FLiAP (Future Leaders in All Professions) with the tagline “Empowering the next generation”, the Logo and branding were created, a pilot website built, marketing material designed and a charity trustee found. The trustee would allow us: to apply for funding from foundations and governments; to continue creating and growing; and to apply for charitable status. It is a long journey, but the girls and the educators couldn’t wait – neither could the Canadian economy. A lot of door-knocking started. As opposed to knocking on every school door, Educational Ministries, organization, Superintendents… were approached. And the response was amazing. 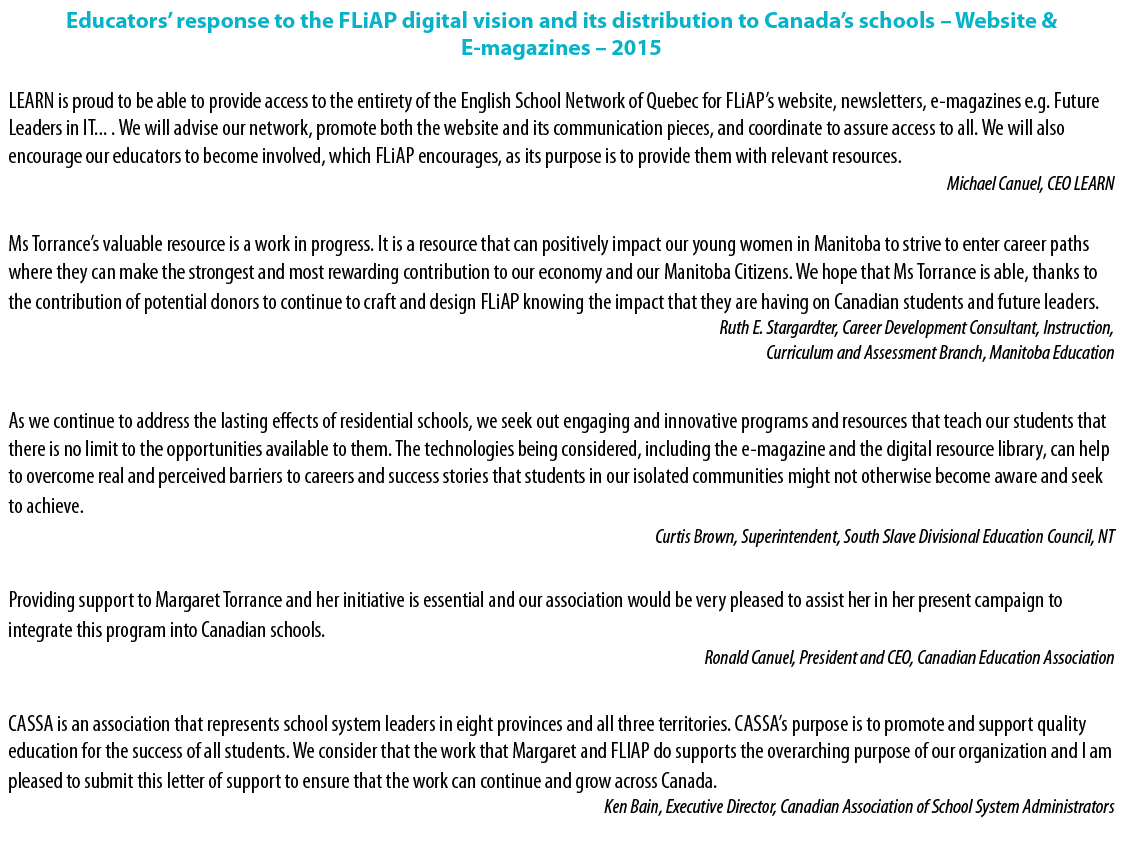 The sapling was now growing and new branches were spreading out

This was now a full-time passion. The challenge was that it was taking a lot of time and was not being financed. It was also an expensive proposition to present to potential donors given its scope – regardless that the vision was strongly supported. The more the concept grew, the greater the cost and the more difficult to find funding. The applicable funds assigned by foundations and grants were few, small, and already apportioned to well-established charities. And they were not interested in such a large endeavour. This was too big.

In speaking about the project with some American colleagues, they suggested that I expand the idea to the US, as, their educators all needed the same resources and more help than the Canadian educators. And it should be easy, as it was already an online resource, it was in English, and the cost of including the US would be negligible – an e-magazine costs the same whether created for Canada or the US or for both. The growth and expansion of topics and resources would add cost regardless of the size of the audience or the targeted location. However, the available funding opportunities would increase. The more that was researched, the clearer it became that it should go Global. The challenges for the educators and for the girls, in many ways were the same, and with access to the digital resources, the opportunities for all would broaden. This was the way to make real change.

The more that was researched, the greater the vision. It exploded. Most importantly it starts at the beginning of the girls’ education and with informed educators who have themselves become aware of their own ‘unconscious biases’ and now have the resources to learn to overcome them, to empower the girls, to build their leadership characteristics, and to change the status quo of the next generation of women. 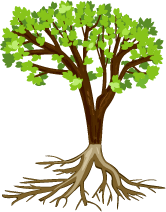 It takes a teams, partners, donors… and a growing and expanding vision to make change. With help, FLiAP can become the anchor for changing the status quo of the next generation of women.

We started introducing FLiAP to the business community with Posts on LinkedIn. Since not everyone is on LinkedIn, we are including the Posts here.

We welcome your input.